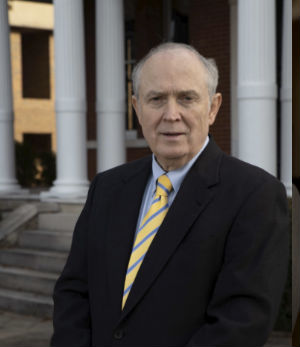 Von G. Memory was born in Orem, Utah and grew up in Springville, Utah. He currently resides with his wife, Glenda, in Cecil, Alabama. He earned his undergraduate degree from Brigham Young University and later obtained his Juris Doctorate from Samford University, Cumberland School of Law, 1974.

Von is the founding member of the Firm and currently practices bankruptcy and corporate law. The focus of his practice includes Chapter 11 bankruptcy, representation of Chapter 7 trustees, creditor rights, and business
consultation.

When not in the office, Von attends to and cares for his gentleman’s farm, reads books, and flies his Cessna 172. Von is also an active member of the Church of Jesus Christ of Latter-Day Saints and served as a missionary for his church in Montgomery and Prattville, Alabama, in 1967.

Dedicated to Ensuring You Receive Experienced and Professional Legal Services

Call Now
Back to the top